At St Peter's, music is given a high profile. Not only is it an enjoyable activity for all children but it helps the children to concentrate and builds capacity for learning effectively in other areas of the curriculum.

Each class has an hour long curriculum music lesson every week, with Year 4 also learning to play an instrument, currently the ukulele. Year 5 and 6 also learn to compose using Garageband on the Ipads as part of their Music technology lessons.

Music lessons are also available for children whose parents wish to pay for tuition. We currently have children learning to play the clarinet, flute, saxophone, cornet, guitar and keyboard as well as children who have continued with the violin after their initial free year in Year 4.

Singing is an important part of school life, and we have a Singing Assembly once a week.

We also have several Music clubs.

The school choir is open to all KS2 pupils from September to January, and also Year 2 after January. We take part in the Young Voices Concert at the O2 each year, and also perform to the Over 55s club at the Wyvern Hall, go carol singing and perform at the Parish Christmas Bazaar and School Summer fete .

The School band is open to KS2 pupils and also performs at the Parish Bazaar and on open Day.

There are Recorder clubs for beginners and continuers, and the children have the opportunity to take part in several music festivals throughout the year.

We are very proud of our musical skills and tradition. Notable past achievements include: writing an opera, performing at The Royal Albert Hall for the Cross Border Peace Proms, performing at the O2 and at local music festivals as well as singing and playing instruments in all of the class plays during the year. 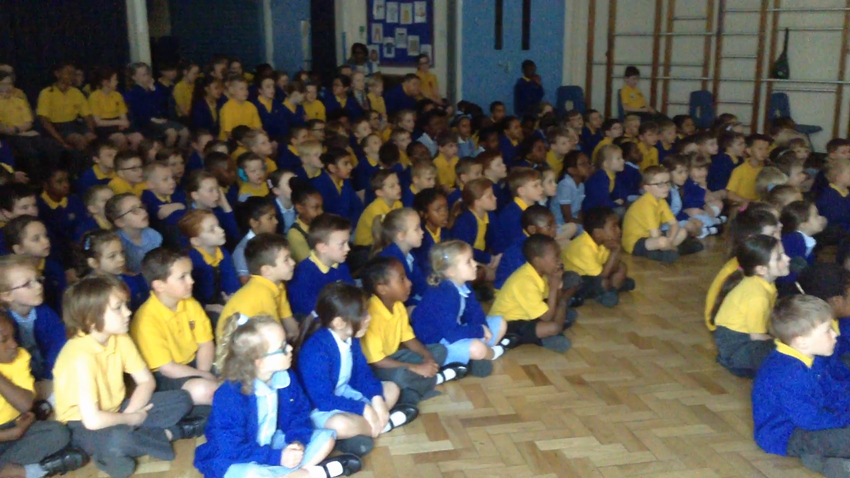 Please ensure you check the school website and your SchoolApp notifications for up to date messages from the school. In the event of bad weather, communications will be sent at 7 am.
Top
Cookie information
Cookie Notice